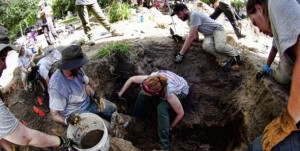 The Rio Grande river separating Texas & Mexico is just a few miles from here. The region is sub-tropical with excessive heat & frequent drought. A few years ago, I volunteered to help a family search for their 20-year-old son who had run afoul of drug traffickers & was feared dead in the dense underbrush & sugar cane fields that border the northern edge of the river. That foliage is where undocumented immigrants who cross the river undetected can hide, often for days, until they find a way past the border patrol.

Searching parties entering the sugar cane fields were given guidance & stern warnings about the density & disoriention involved & were told how to get out in the case of frequent panic attacks. We saw border patrol agents on horseback & were told they were looking for immigrants–dead or alive. I’m not squeamish & am fairly tough after working minimum wage jobs when I was laid off, but I could only comb those sugar cane fields for short periods at a time before I could hardly breathe & started to panic.

Near the search site, there are small graveyards set up by local residents with crosses on the graves of anonymous immigrants who died in the crossing. It’s a respectful tribute by those who honor human life & consider burial a duty.

Many immigrants on the run do make it through that initial hellhole on the river but if they want to continue north they must pass around a border patrol checkpoint 60 miles north on the highway at Falfurrias, Texas. Without the services of a “coyote”, this is extremely dangerous because the arrid terrain is riddled with border patrol agents & armed vigilante farmers. Dehydration from the 100-degree plus heat is the biggest threat.

Media reports today that anthropologists from the University of Indianapolis & Baylor University in Waco, TX, are exhuming 52 mass graves in Falfurrias filled with the co-mingled remains of immigrants stuffed on top of each other into shopping & garbage bags. A local funeral home paid $450 per body by the county is implicated but of course all of US immigration policy is indicted not only for the disrespect but for their deaths. The unidentified bones were once someone’s loved one: a child, a parent, a sibling.

When you see how cavalier & contemptuous they are toward the humanity of immigrants, what they’re doing to the nearly 50,000 unaccompanied minors picked up crossing the river (in just the past 7 months) all makes sense–especially stuffing them into squalid overcrowded warehouses, next stop, deportation.

Lesser evil politics still have a stranglehold on many activists & many will not remember in 2016 that presidential candidate Hillary Clinton stated in a televised town hall event last Tuesday that the US should deport undocumented children. In a moment of unvarnished sociopathy, she said “They should be sent back as soon as it can be determined who responsible adults in their families are.” The woman who would be president doesn’t know that many are orphaned & homeless from US military forays in their countries? That many were abandoned & are searching for parents who went north for work? That many of those parents died while migrating through Mexico? The woman who would be president should be institutionalized or prosecuted, not elected president, because responsibility for the welfare of children doesn’t have one damn thing to do with citizenship. It is a human responsibility. And the fraudulent politician who wrote “It Takes a Village” ought to have at least that straight in her numb skull.