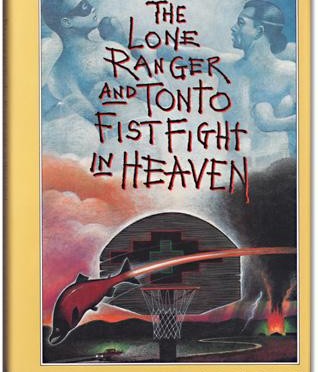 One of the cultural achievements of the US Civil Rights Movement of the 1960s was a decisive end to the dominance of the cowboy & Indian genre on television. Cops & robbers shows replaced that genre, incorporating racist stereotypes of Blacks only slightly less egregious than Native Americans had been parodied in the earlier genre but perhaps more subordinate in the storytelling.

Burying the history of the genocide against Native Americans & the destruction & vilification of Black Reconstruction (which both occurred in the several decades after the Civil War in the early 1860s) required myth-making skills best served by art: paintings, photography, music, drama, literature, & eventually film. The continuation of this tradition is reflected in the endless proliferation of white savior films & in the cruel irony that Mark Twain is heralded today as an antiracist writer when he was overtly hateful toward Native Americans & drew his depictions of Black characters from minstrel shows using white actors in blackface to lampoon Blacks as stupid, lazy, inept buffoons.

Cowboy movies, which depicted a heroic, white supremacist conquering of the US western states, became a feature of US television when it emerged in the late 1940s. And since neither the Native American genocide nor Black Reconstruction were/are taught in public schools, these cinematic mythologies became the only source of so-called US history. These historic lies were not corrected until the Civil Rights Movement inspired new scholarship, particularly in Black, Native American, & Chicano studies departments.

The Lone Ranger, which ran from 1949 to 1957, was one of the highest rated shows on TV. The series depicted a former Texas Ranger & his Indian scout named Tonto taking on crime in the Old West. Tonto spoke in pidgin English & half sentences (not unlike how the slave Jim spoke minstrel-ese in “Huckleberry Finn”) & played subordinate to the great white masked hero. For those familiar with the Howdy Doody Show, Tonto was a version of Clarabell the Clown, Howdy Doody’s mute sidekick.

Native Americans, of course, found Tonto a demeaning character & so did viewers of Mexican ancestry. Because in addition to being an inarticulate subordinate character, tonto means “fool” or “stupid” or “moron” in Spanish (as well as Portuguese & Italian). It was so offensive to Spanish-speaking viewers that dubbed versions of the series changed Tonto’s name to Toro meaning “bull.” But even the name change could not salvage the character from humiliation.

The extraordinary thing about the series is that despite his crime-fighting prowess, the Lone Ranger was quite an unlikeable fellow with no personality behind that damn mask. It was a franchise that long-outlived its inscrutable appeal. So when the Civil Rights Movement wrote the obituary & dumped it in an unmarked grave, you would think everyone would be relieved it was laid to rest. But the Lone Ranger rides again & again & again in a thousand incarnations & even avatars: it has generated dozens of films, including animated films, & was not long ago considered for another TV series; video games; toys; novels; comic strips & comic books; & parodies & spoofs–though certainly not enough of the latter.

The most recent film attempt in 2013 featured Johnny Depp in blackface playing Tonto. Apparently the Disney producers hoped Depp’s facility with parody would bring new verve to a stinking corpse. The film bombed but it stands as testimony that cinematic depiction of Blacks & Native Americans remains white supremacist & not far removed from minstrelsy.

It probably isn’t irrelevant that Fran Striker, the original creator of the Lone Ranger & Tonto in 1932, was a biographer of Stephen Foster, the famous songwriter of minstrel music.

This photo is the cover from a collection of short stories by Sherman Alexie, a Native American writer who exposes & parodies how racist representations in popular culture have replaced reality with minstrel-inspired history.