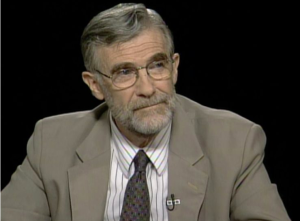 Let’s talk about Ray McGovern, the high-level CIA officer who advised seven US presidents between 1963 & 1990 when he “retired” with a rarely given commendation for outstanding service to the CIA & is now a leader of the corrupted US antiwar movement. For 27 years, he gave daily intelligence briefings to presidents Kennedy, Johnson, Nixon, Reagan, Ford, Carter, GHW Bush–all of whom collaborated with Kissinger in one form or another. While millions around the world marched to oppose the Vietnam War, McGovern was briefing the president on the role of the USSR in the Vietnam War & he continued this advisory function through several other wars, occupations, & invasions, including Laos, Cambodia, Panama, Dominican Republic, Lebanon, Grenada, Nicaragua & all of Central America, the First Gulf War in 1990–which again hundreds of thousands of antiwar activists actively opposed.

It was in 2003 that McGovern, along with other “retired” officials from the CIA, FBI, Defense Intelligence, NSA, Army Intelligence, US military, & State Department, morphed magically into a dissident against the 2003 invasion of Iraq & the use of torture. McGovern functioned for 27 years in a supervisory capacity & as a political milquetoast in the CIA in an era of several public exposures of CIA torture, assassinations, coups. But it wasn’t until thirteen years after his pension was secure that he developed a weak stomach for war & torture. He was advising Carter when exposures of torture by SAVAK, the secret police of the Shah of Iran, a US ally, were internationally denounced, along with documentation that the CIA had trained SAVAK. McGovern weasels his way around all that history by saying he was a CIA analyst & that CIA operations (like torture, assassinations, coups) were “hermetically sealed from each other.” Oh really, Ray? Because reports about CIA torture all over the world were so well-known that CIA recruiters were driven off most US college campuses by antiwar & human rights activists. Hermetically sealed, my ass!

Using artifice he probably learned from Reagan, McGovern, who was born in the Bronx, really plays up that avuncular, Irish thing, even reciting Yeats poems when he speaks. He continues to portray himself as a Russia expert when he was snooping on the USSR which collapsed in 1991 after McGovern “retired.” Russia under Putin is a capitalist, military-industrial complex just like the US which may explain why McGovern likes it so well. Our man is an ardent supporter of Assad & Putin which ironically puts him in lockstep with Stalinists who he snooped on for his entire CIA career. His politics are rightwing libertarian & indistinguishable from Fox News. He has not severed political relations with the US “intelligence community” & boasts of working secretly with active members of the CIA, NSA, Pentagon, et al. Like every other of his ilk, he sucks off the Palestinian struggle in order to distort reality about the counterrevolution in Syria. Let’s be frank: McGovern doesn’t give a rat’s ass about Palestinian self-determination any more now than he did for the entire 27 years of his CIA career when he was advising presidents in collaboration with Kissinger. They are merely a vehicle to get progressive credentials to disguise & defend the emboldenment of Islamophobic, anti-Semitic, white supremacist, & fascist forces.

The fact that McGovern & his ilk now lead the US antiwar movement is the hallmark of its corruption. Only in the surreal world of Fox News do CIA, FBI, & Pentagon officials become champions of the oppressed. The international antiwar movement must be rebuilt without such unsavory associations & on a principled basis. Ray McGovern will play no part in that because he is politically rotten to the core & quite frankly utterly banal as a political thinker.

(Photo is McGovern on the Charlie Rose show in 2004)