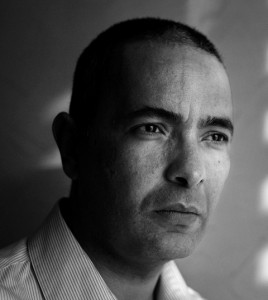 Every society has its bootlickers & grovelers who play to the dominant cultures or classes. So it’s no surprise that a few Muslim women have rebuilt flailing journalistic careers by trashing the veil & damning women who wear it as oppressed by man & Islam. It’s not that they miss the point of Islamophobia so much as they want to cash in on it. Scoundrels on the make are a dime a dozen everywhere. Hustling is much more lucrative than standing ground against prejudice.

Groveling is always an unseemly thing to witness–it’s as if you catch someone picking their nose or their butt at a banquet. But an Algerian writer named Kamel Daoud, drawing from a cornucopia of Islamophobic cliches, has taken it to new lows with his recent NY Times article titled “The Sexual Misery of the Arab World.”

In an article that could be generic about any country–given the problems of misogyny in the modern world–Daoud wrote: “…one of the great miseries plaguing much of the so-called Arab world, & the Muslim world more generally, is its sick relationship with women. In some places, women are veiled, stoned & killed; at a minimum, they are blamed for sowing disorder in the ideal society.”

It’s colossal presumption to sexually psychologize just one country–even a little country like Iceland or Ireland or the UK; if you psychologize a big country with lots of time zones, you take the risk of exposing yourself as a jackass. But that didn’t stop our man Daoud from sexually psychologizing the entire Arab world & all of Islam. How many countries is that? How many continents? How many different cultures & languages? How many billions of people?

Daoud is a two-bit hustler, a man on the make, a man who trembles before power. Grovelers are so busy kissing ass they don’t dare look up to meet the gaze of their masters. So the NY Times didn’t sweat for publishing his tripe because it is the kind of crap that sells killing fields in the Middle East, that justifies Israeli apartheid, that rationalizes genocides against Muslims like the Rohingya of Myanmar & several other pogroms against Muslims, that salves the conscience of barbarians who bomb millions of people & then turn them away as refugees.

What he lacks in originality he’ll make up for in honoraria. The groveling will pay off for Daoud. Every time he drools this kind of crap, it’ll get published. If he keeps pumping out this rubbish, he’ll be touted as a great writer & become a literary icon. It’s the lazy-assed way to fame. And the fast-track path to shame.

(Photo is Kamel Daoud posing as pensive, coming across as vacant. By Ferhat Bouda/Agence Vu for the NY TImes)