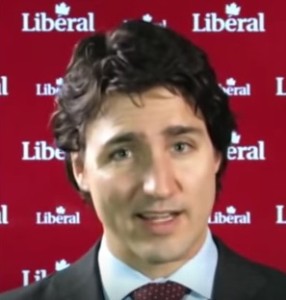 Canadian prime minister Justin Trudeau made quite a display of greeting Syrian refugees at the airport last month. Good for him, but under international law he has an obligation to do so, even if other countries flout that obligation. Has international law become so degraded now that it’s a feather in their cap when some political figure actually complies with them?

In October 2014, former Canadian prime minister Stephen Harper deployed troops, including special forces, & six fighter jets as part of the US-led bombing campaign against ISIS in Syria & Iraq. In October 2015, Trudeau, fulfilling a campaign promise that got him elected, announced he would withdraw the warplanes but did not set a date for the withdrawal. The planes are scheduled for deployment until March 2016. Apparently the planes are still there on bombing missions. How long does it take to pull them out? Presumably no longer than the eleven hours it takes to fly from Damascus to Ottawa. So why are they still there? Do we have another case like Obama of Mr. Hope & Change not delivering on his promises?

Trudeau does plan on leaving ground troops in the region ‘to do their part against ISIS.’ If things go like they usually do with pretty boy politicians, if & when those planes are withdrawn, it will only be a matter of time before an excuse is found to redeploy them. How many times now has our own Mr. Hope & Change announced withdrawal of troops in Iraq & Afghanistan? But for the people of the region, it remains a killing field.

The historic imperative remains: rebuild the international antiwar movement. No troops, no bombers from any country in the Middle East! Out now!

(Photo is Trudeau, Mr. Hope & Change of the North)

A postscript: after the photo ops, Trudeau announced Canada was narrowing criteria for refugee claimants due to security concerns & cost of screening & thus would only be resettling 10,000 by the end of 2015 rather than the 25,000 pledged.