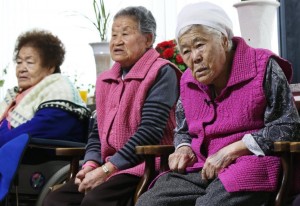 It’s politically fashionable these days to defend prostitution as just another way for women to earn a living & to rebrand the commodification of women & children’s bodies as “sex work.” That approach derives from the prostitution industry itself (much like the 2011 “slut walks” phenomenon) as a public relations stunt to legitimize prostitution which has taken in many elite feminists as well as leftist anti-feminists. Flaunting a regrettable disdain, they think it suitable work for poor & working class women but not a career choice for their own daughters. Rebranding & cinematic glorification notwithstanding, prostitution remains what it has always been–the often violent sexual exploitation of poor women & children. And for the record, it is not the ‘oldest profession for women’. That would be farming.

Those unable to envision a world where women are not for sale, or even worse, women & children are not trafficked, are suffering the cognitive dislocations of misogyny. Part of the cognitive problem is the denial of realities about the character of prostitution which begins with economic coercion, proceeds with degradation & violence, & often ends in murder. It has an astronomical humiliation & homicide rate which office & factory work do not.

Prostitution & the trafficking of women & children is inextricably connected to militarism. It’s often the place young men are introduced to the notion of women as commodity & where they develop a violent twisted attitude toward sex & women. There is an excellent library of research by feminists on the relationship of prostitution & militarism–most of it difficult to read because of the sadism & hatred involved in the flesh market.

Now we are confronted with the undeniable realities of militarism & prostitution in the agreement reached between the governments of South Korea & Japan over the Japanese military practice of sexual slavery in WWII & earlier involving an estimated 200,000 to 410,000 “comfort women” from countries occupied by Japan. (The numbers are disputed–especially by Japan.) Women from Korea, China, the Philippines, Burma, Thailand, Vietnam, Malaysia, Taiwan, the Dutch East Indies (now Indonesia), Portuguese Timor (now East Timor) were forcibly relocated to military brothels in those same countries as well as New Guinea, Hong Kong, Macau, & French Indochina. Some Dutch & Australian women were also involved as sex slaves.

Most of this history was buried because of the social shame involved & more importantly, the massive physical & psychological trauma suffered by so many women. They began to speak out in the 1950s & since then considerable research & political agitation has been done to demand the Japanese government face the music for these monstrous crimes against so many women. It’s taken over 70 years for Japan to even acknowledge what it did.

The agreement reached Monday between South Korea & Japan was brokered by Japanese prime minister Shinzo Abe whose own father was involved in sex trafficking for the Japanese army. The agreement doesn’t amount to a hill of beans. Japan made a reluctant apology & pledged $8.3 million to provide care for the women who are now in their 80s & older & suffer many health problems as a result of the violence & psychological abuse. Paltry contrition & chump change is not what justice demands. There are only about 50 South Korean women still alive. What about the women from the other countries involved?

Media is portraying the US as a morality broker in this dispute just as they were often portrayed as liberating the “comfort women” when they defeated Japan. It’s like a rendition of Hollywood WWII movies glorifying the US Marines. Except that the US still has nearly 100,000 troops in South Korea & Japan where prostitution serves as an auxiliary force. It may not be sexual slavery but it does involve children–which is rape. The US war in Vietnam created massive problems with prostitution in Vietnam, Thailand, the Philippines, & elsewhere in Southeast Asia. There were lawsuits by Filipino women against the US Navy because it administered prostitution, including children, & when it pulled out left thousands of orphaned homeless children by US soldiers without providing for their welfare.

The remilitarization of Japan & the entire US buildup in the region going on now is a direct threat to women & children. That’s why it is so important to oppose the current in US feminism supporting war as a way to liberate women. That’s why it’s so imperative that the antiwar current in feminism become more assertive & organize women to oppose every damn US move to war.

The women here are former South Korean “comfort women” watching television news about the new agreement. They reside at the House of Sharing, a special shelter in Gwangju, South Korea for Japan’s sexual victims from the occupation of Korea & WWII.