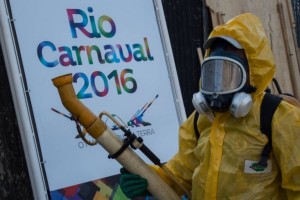 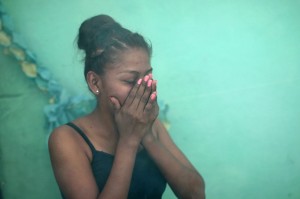 It’s good news that some governments are taking proactive measures to prevent the spread of Aedes mosquitoes carrying the Zika virus. In adults, the virus can cause a mild rash & slight fever but infected pregnant women can have babies with microcephaly, a condition with an extremely small head & brain damage. The parents of microcephalic babies profess the same love for their kids as any other but in countries without social services for those with disability, it’s an extreme burden & stress that the already poor do not need.

The chief proactive measure against Zika requires fumigating with toxic chemicals which have a range of health risks, especially affects on the nervous system, which includes the brain.

Brazil had 163 cases of microcephaly per year between 2010 & 2014 but has already reported 3,530, including 46 deaths, since the beginning of 2016. Brazil’s health minister claims they mobilized 220,000 members of the military to go door-to-door in the eradication campaign.

The municipal fumigator (in the top photo) suited up in protective clothing is in Rio de Janeiro. The women (in the bottom photo) is in Guerrero, Mexico (a country which also has a high rate of Zika) & is only covering her mouth as her home is fumigated against Aedes mosquitoes. Are there children in the home? Elderly? Infirm? Did the fumigators come all suited up & expose her & her family to chemicals that could also cause brain & nervous system damage? Are we living in the twilight zone? Is anybody sane in charge on this planet?

(Photo of fumigator from AFP/JIJI; photo of woman by Pedro Pardo/AFP/Getty Images)