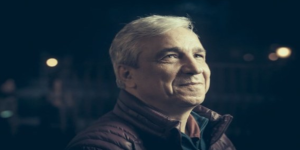 There’s so much propaganda stuff on social media about Syria that’s deranged & politically banal. So here’s a chance to read a Syrian revolutionist, someone who spent 16 years in Assad’s gulag, someone who was part of the 2011 revolution against Assad, & whose beloved wife & brother were forcibly disappeared three years ago.

It’s an excellent interview. A necessary one. An informed voice.