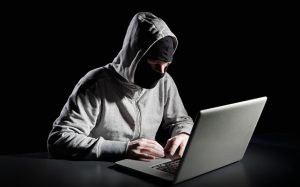 One doesn’t know whether to laugh or to cry at India’s announcement that “bedroom jihadis” in Kashmir are sitting on beds & sofas pounding out propaganda on their computers & smart phones. “Armed with access to platforms like WhatsApp, Facebook & Twitter, there are fears that the new band of jihadis could instigate communal riots in the Valley.”

One Indian police official said social media in Kashmir has become a “virtual battleground.” In many ways that’s true because Kashmiri activists took advantage of social media to hammer & break the media blackout that prevailed for decades. The Indian occupation of Kashmir has become an issue only because of their work which is why India has repeatedly attempted to shut down the internet & access to social media.

Islamophobic propaganda is pernicious & hateful, as we know full well from US war-mongering & Assadist ideologues. But this bedroom jihadi stuff is a reduction to the absurd. What India calls bedroom jihadi is what has been called freedom of speech since the democratic revolutions against feudalism. Absurdity & exaggerations unfortunately do not reduce the impact of propaganda on the willing mind of nationalists & Islamophobes. Indian officials linked this new form of jihadi terrorism (free speech) to the upcoming Hindu pilgrimage to Amarnath shrine in the Kashmiri Himalayas.

Arundhati Roy once suggested that the growth of the Amarnath pilgrimage from 20,000 Hindus prior to 1989 to over half a million pilgrims now is due to the growth of Hindutva nationalism. Not unlike Protestants marching through Catholic neighborhoods in Northern Ireland. Indian officials are suggesting that the pilgrims will be attacked by armed guerrilla fighters but were unable to present a coherent view of the relationship of armed fighters to bedroom jihadis sitting on their beds & sofas pounding out fatwas on their smart phones. Or in truth, Kashmiris using social media to educate the world about their struggle against occupation.

Photo is image of bedroom jihadist which accompanied one of the many articles in Indian media. Try to distinguish farce from propaganda in this image.