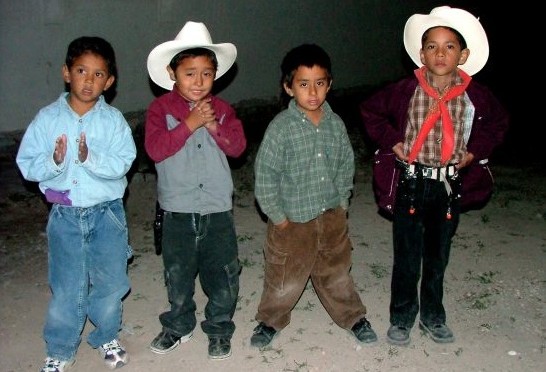 One of the main TV stations here conducts its investigations on immigration like it was an adjunct to the Border Patrol. I have had many poison pen exchanges with their reporters on this score, insisting they just report the damn news & stop trying to nail immigrants. Recently, they’re reporting frequently on the detention of women, mostly from Central America, crossing the border with very young children. Tonight the ever-burgeoning Border Patrol arrested a group of women & small children when they disembarked from rafting across the Rio Grande just a few miles from here.

The station made quite an issue of the charge that Border Patrol agents arrest immigrants, process them, & release them for a later hearing. Many hearings, they report, are scheduled in faraway states so somehow undocumented immigrants have to get past immigration check points on the highways going north to get to their hearings. And then they never show up at the hearings. Of course not. If you can get past immigration, you look for your family & for work; you don’t go to a hearing where you might get deported. And immigration authorities damn well know that. Do you see the insanities of racist immigration policies!?

But you know, that story may make sense to investigative reporters cum immigration patrol but it sure does not make sense to me. According to our intrepid reporters, immigrants are not allowed to work or to move without notifying immigration. And since getting past those check points is the toughest obstacle to finding work in the northern US, why do they schedule deportation hearings in New Jersey or Minnesota when they know most will make a run for it to avoid deportation? If the number of Border Patrol agents is dramatically increasing, why are they employing what the TV station regrettably terms a “catch & release” policy (like they were fish & not humans)? It’s not like they have a humane deportation program. They just dump people on the other side of the border whether they have means to survive or not. And this is when the Obama regime, according to all reliable sources, is deporting more people than at any other time in US history. Can someone explain these mysteries to me?

Immigration is a human right! Open up the damn borders!

(Photo of Mexican children orphaned by the US drug war from hispanicallyspeakingnews.com)