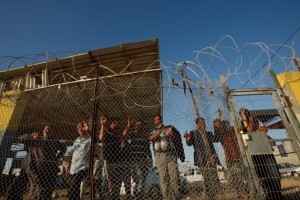 Where one stands on the struggle between Israel & the Palestinians is a touchstone in world politics raising all of the most important questions, particularly the question of colonialism. Zionism, the political ideology of Israeli colonialism, emerged in the 19th century at the apogee of European & US colonialism as a rightwing response to pogroms & persecution of Jews. Rather than link the struggle of Jews to the broader movements against colonialism, Zionist supremacists threw in their lot with barbaric colonialism.

Neither World War I or II was fought over democracy (as is pounded into our heads by war propagandists) but were conflicts between colonial powers over dividing up the world, including Africa, Asia, & the Middle East. It’s no coincidence that after WWII, as colonized peoples were throwing off the shackles of foreign powers, that Israel received the backing of those same foreign powers in colonizing Palestine & driving indigenous peoples off their lands into refugee camps.

Israel, at the expense of Palestinians, is an armed fortress, not a nation, serving the continuation of colonialism & US-European economic & political domination throughout the Middle East. But despite its colonial origins, has it played a role in freeing Jews from persecution? Can Zionism at least claim that as an achievement? The answer depends on how you measure freedom.

It was recently reported in Haaretz that the primary cause of death among Israeli soldiers is suicide–more than the number of soldiers who died as a result of disease, traffic accidents, operational activity or other calamities. That’s been true for several years just as it is in the US military. Soldiers don’t always understand the racism & colonialism of wars they participate in & there aren’t sufficient social services to help them process their experience. But viscerally they are unable to cope with the barbarism they engage in under the banner of freedom.

In the US, antiwar veterans groups play a role in educating about war & in helping veterans process the horrors of what they did & saw. In Israel, the veterans group Breaking the Silence plays a similar role despite being vilified as collaborators with the regime. These veterans stand as testimony to Israel as an armed fortress incapable of freeing Jews from persecution but of placing them in harm’s way to serve international economic & political ends at the expense of Palestinians, Jews, & peoples throughout the Middle East.

That’s why the struggle of Israel against Palestinians is a touchstone in world politics. If you stand on the wrong side of solidarity, you stand with the wretched heritage & neoliberal designs of colonialism.

Stand with the Palestinians by building & honoring the economic, cultural, & academic boycott of Israel.

The photo is Palestinians standing behind the apartheid barrier at Rafah on the Egyptian border waiting for family to return. The Egyptian government which collaborates with Israel opened the border crossing for a few days to allow people from Gaza to get medical care & buy provisions not available in Gaza due to the Israeli blockade. Not coincidentally, Israeli soldier suicides spiked after the recent military incursion into Gaza by land & aerial bombardment.