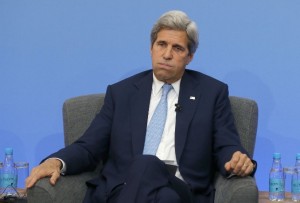 The London anti-corruption conference hosted by David Cameron bombed out exactly like anyone with half a brain could have predicted. Heads of state, ministers, & diplomats from forty countries attended the conference on high-level tax evasion, tax havens, money-laundering & bribery–probably as a response to revelations in the Panama Papers & more likely to figure out if their financial criminality is in any way going to be threatened.

The conference issued a “Global Declaration Against Corruption” that was singular in its banality: “Corruption should be exposed–ensuring there is nowhere to hide; The corrupt should be pursued & punished & those who have suffered from corruption fully supported; Corruption should be driven out–wherever it may exist.” You’d think the diplomats would be sweating bullets but they understand just as well as we do that this thing is all a dog & pony show, signifying zilch.

Only six countries–Britain, France, the Netherlands, Nigeria, Kenya & Afghanistan–signed a commitment to publish registers of who benefits from the corruption in their countries. When speaking to Betty Windsor at a reception last week, Cameron was televised (without his knowing) saying Nigeria & Afghanistan were “possibly two of the most corrupt countries in the world.” If either country actually revealed the corporate corruption in their countries & their involvement in it–in Nigeria, around oil theft by foreign corporations & in Afghanistan around poppy production involving the CIA–the corruption inherent to capitalism in its barbaric neoliberal phase would be knocked for a loop.

The US didn’t sign the foolish & fraudulent commitment but only blithered rhetorically in the person of John Kerry. If Wall Street corruption & US government cooperation in it were ever fully revealed, the whole ideological edifice of US capitalism would come tumbling down. Neoliberalism would be exposed for the system of plunder it is.

This is our man Kerry looking constipated at one of the panels. He yawned & farted his way rhetorically through the whole thing. He’s one man who won’t be fooled by nonsense since it’s his own stock-in-trade.