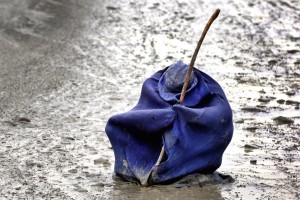 There is plenty of justified anger at Gloria Steinem for impugning the political integrity of young women. But included in many of those criticisms are historically ignorant, misogynist, & politically motivated attacks on what is called “second wave feminism.”

That would be because the writers didn’t do their homework & just spouted off the top of their heads–or have an axe to grind against feminism. If anyone actually studied the politics of Gloria Steinem, her comments would come as no surprise but be understood as the pattern of her convictions. She has always been completely establishment in her politics. People often bring up her CIA employment to discredit her but little can be known about that since she is secretive & litigious about it. What can be known is her involvement in undermining the independence of the women’s movement by railroading it into the Democratic Party–which is exactly what happened & what she is most politically culpable for.

Hopefully, this regrettable incident will lead young feminists & others to do their homework & not rely on prejudices, impressions, & concerted attempts to discredit second wave feminism. In politics, there should be no saviors, no demigods, no hero/heroine worship, & none beyond the scope of honest judgement–but only teachers. Hopefully, young women will learn from this charade to disdain idolizing & blowing smoke & replace it with thoroughgoing political analysis.

As insulting as her comments were to young women–& as misguided & misogynist the critiques of her toward older women & second wave feminism–her more egregious offense is aligning herself with Zionists in the women’s movement & her support for the US-NATO war in Afghanistan under the guise of liberating women.

This woman in Kabul is an image of how the US occupation & war has liberated Afghan women. It’s long overdue that Steinem get called out for supporting this.