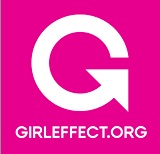 In the abortion rights movement of the 1960s & 1970s, feminists needed to disassociate from population control organizations with a eugenics agenda. This issue was particularly important because forced sterilization of Black, Latino, & Native American women was so rampant a problem & included population control programs in US colonies & other countries. As an example, it was determined at that time that over 30% of Puerto Rican women had been sterilized without their knowledge or consent. The original demand put forward by the feminist movement was for abortion rights & an end to forced sterilization–a demand which cleaved any possible entente cordiale between feminists & eugenics proponents.

The women’s movement was soon corraled into the Democratic Party by leaders like Betty Friedan & Gloria Steinem but the well-financed population control/eugenics groups continued to thrive without the pedagogical & political impediments of women’s rights. These groups, however, learned something from their accidental association with feminism & that is to mask their racist, ethnic cleansing agenda in the political rhetoric of feminism–in the same way the US masks its colonial wars of plunder in the rhetoric of Islamophobia & feminism.

One of the best examples of this fraudulent political posturing is the group called The Girl Effect, an organization that has roped in many under the guise of championing the political interests of young women. The Girl Effect is funded primarily by the Nike Foundation, NoVo Foundation (Warren Buffett’s family foundation), the Bill & Melinda Gates Foundation, the International Rescue Committee (Kissinger’s foundation), & all of the major organizational players in the eugenics movement. The financial & political forces behind The Girl Effect are a regular “Who’s Who” in eugenics today.

Nike, the chief promoter of The Girl Effect, is also one of the oldest operators in sweatshop capitalism, leading the way in exploiting female & child labor. It would not be over the top to state that the foundation is funded by the super-exploitation of young girls & children & that their vested interest in getting them sterilized is to have a more controllable workforce not requiring pregnancy leaves.

Those who support reproductive rights but oppose racist ethnic cleansing need to vet the groups that promote racist eugenics under the guise of feminism & disassociate from their nefarious & repugnant agenda.

(Photo is logo of The Girl Effect)