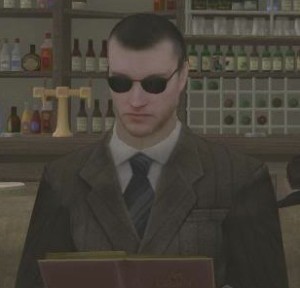 Media reports that a document wrenched from the US Justice Department by a Freedom of Information Act lawsuit proves federal agents are making up phony profiles & friending all over social media. We knew that. Now it’s proven. It claims one thing they’re snooping around for is suspicious spending sprees, so for heaven’s sake don’t pose in any new outfits for a while & keep your new car to yourself.

As a longtime activist it’s always given me the willies that the person chatting you up at a meeting is playing you for the FBI or police. It rankles that you can’t have a private phone conversation about sensitive things with your confidants & family. Most (I’d be naive to say all) activists for social justice don’t lead creepy private lives so there isn’t a hell of a lot to expose there–except maybe some Playboy magazines some would rather feminist collaborators not know about.

But this thing going on now is several degrees worse than that invasion of privacy. It makes Orwell’s “1984” look like a fairytale rather than a nightmare. It could be called the militarization of private life. Or more aptly, the denial of private life. And the most dangerous thing about it is the intentions to do harm to people. That’s palpable. They want to know where you work, live, party, exercise, walk; they want to know your every waking thought, as if conspiracy was constantly brewing on FB. They want to know every damn thing about you so they can use it not to find people fencing stolen goods but activists trying to make this world a better place. They want to get activists fired from their jobs & in the police radar.

Now there could be another way to look at this. Outside of the undercover fakers at political events, I’ve only met a handful of FBI agents in my life; one came out from undercover to testify against me in a court of law–& got caught on video lying. One said it was during her tenure & her position to post my criminal record for using a weapon of mass destruction but she must have been away that day. Yeah sure. If you can put up with a sneering attitude & contemptuous arrogance, they’re not half-bad. But my stomach for sneering & arrogance is not that strong. And I’d imagine not a lot of people like them outside their inner circle of snoops & assassins. Paranoia & misanthropy aren’t that easy to live with.

So maybe this FB duty is an agent’s cry for help, an appeal for friendship. Maybe if you don’t know they’re reading your email, documenting your every word, reporting you to the cops or your employer, scoping you out for surveillance, then you’ll like them just for who they are. If we did an FBI profile on FBI agents & other snoops, we’d find a sorry-assed lot: know-it-alls, the holier-than-thous, the self-righteous, the conformists who only break rules when no one is looking & they think they can’t get caught. You’d find people proud they don’t take anti-psychotic meds because they want to be present, in the Zen sense, as they wreak their havoc on others.

So shed a tear for the social misfits, malcontents, anti-social psychos that end up in the FBI but we still need to find a way to kick their asses & defend the Bill of Rights.

(Image is a lonely FBI agent looking for love on FB)