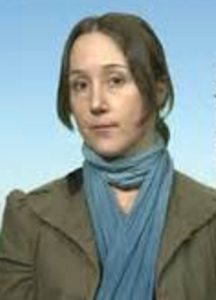 Eva Bartlett is circulating a list of reasons to support Assad–almost all of which are anti-Muslim because the audience she appeals to finds that persuasive. Another reason is that Syria is more Western in culture than other Arab countries & of course Western culture is superior in every way. Nothing makes that more evident than the sophisticated military capacity of Western bombers to reduce entire cities to rubble by remote control. Once Syria goes full monty Western, it can stop using barrel bombs & go nuclear.

Once Assad & his allies have gotten rid of all the Muslims (his father already got rid of all the Jews) it will be the perfect setting for Bartlett & David Icke to lead their Christian army with a regiment of hobbled, toothless socialists along side white supremacists & fascist goons & battalions of blood-thirsty libertarian lunatics in the apocalyptic battles they envision against the reptilian Illuminati of Jewish bankers who run the world & are trying to establish world fascism. Very much like the Zombie Apocalypse on meth & of course carrying placards of Assad, Putin, & Trump.

Generalisssimo Bartlett is a cogent thinker & has left nothing out of her considerations. The pièce de résistance of arguments justifying the carpet bombing of civilians is that Assad has banned genetically modified seeds to “preserve human health.” Should that be filed under “Assadists grasping at straws” or under “Proof that Assadists were probably dropped on their heads as small children”?