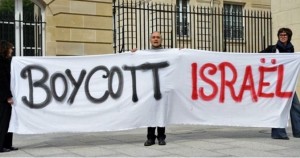 Jonathan S. Tobin, an editor for Dysentery magazine (better known as Commentary), has written a piece titled “The Link Between Hamas & BDS,” which claims there’s only one degree of separation between the two.

It’s a scurrilous piece with the usual linking of opposition to Zionist colonialism & apartheid with anti-Semitism. It also cites a disreputable, rightwing Zionist who testified to a US congressional committee that BDS groups are Hamas auxiliaries involved in raising funds for Hamas. It’s an absolutely whacko accusation but it suggests how pro-Israel groups are approaching a political assault on BDS groups. They can claim that humanitarian assistance to Gaza is a form of assistance to Hamas who they try to equate with al-Qaeda & other terrorist groups.

Tobin claims “The BDS movement isn’t merely economic warfare; it is an effort to delegitimize the entire notion of Zionism & the right of the Jewish people to sovereignty or self-defense in their ancient homeland.” Actually, the BDS call is necessarily conservative & does not challenge the sovereignty of Israel at all. This allows those who oppose the military occupation, Israeli settlements, apartheid, & the bombing of Gaza to honor the boycott whilst remaining a supporter of Israeli sovereignty. It’s a contradiction but politics are full of those. As for the self-defense baloney, since Israel is one of the most sophisticated military forces in the world & Palestinians are unarmed, cry me a river.

Many BDS activists are not constrained & do want to expose Zionism as a racist, supremacist ideology & do challenge Israeli sovereignty. The Palestinian proposal for a democratic, secular state where Jews & Palestinians can live as brothers & sisters is the only real solution, the only possible solution.

BDS is fundamental to getting to that democratic society based on human rights. Build the hell out of it.

(Photo is BDS rally in Montoro, Spain from FB wall of BDS India)