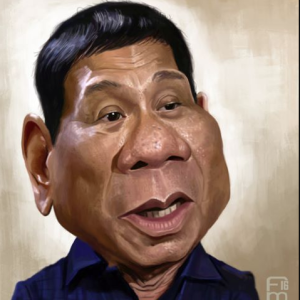 Speaking in Manila last Friday, he said human rights activists claimed over 7,000 people have died in the so-called war on drugs since he came to power July 1st, 2016 but that he would kill them along with the “drug addicts,” which is what he calls the poor. “Make that 50,000,” he said, “I will really finish them off.” He repeated his promise to finish off every drug user & small time peddler in the Philippines within the next three years.

He cut short his 4-day visit to Russia which began Monday to return home & declare martial law in the south of the country. He said yesterday in a televised speech that he is considering expanding martial law to the entire country because of the presence of ISIS.