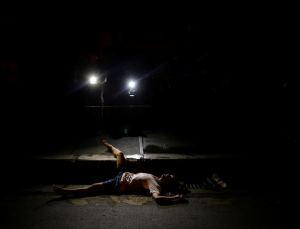 This is the body of a young man killed by vigilantes in Manila, Philippines as part of Duterte’s war on drugs. Duterte’s death squads have killed nearly 4,000 alleged drug users & street peddlers since he took office on June 30th. He referred to innocent people & children killed as “collateral damage.”

On October 20th, the Philippine Communist Party issued a several page assessment of Duterte’s 3-1/2 month tenure. Their apologia is as politically repugnant as the mountains of tracts written to defend Stalin’s crimes. They must have no idea of how capitalism works or how loudmouth demagogues operate because they minimized his human rights crimes & lauded how he grandstands against the US government.

The creepy thing is that now antiwar activists from the Stalinist tradition in the US are holding forums honoring the Philippine Communist Party as a beacon for humanity.

So now we know why there is no Soviet Union anymore. In its degeneration, it was only able to attract the criminal element. It doesn’t matter if Duterte talks trash to the US if he is shooting down poor people in the streets. If you don’t get that please don’t call yourself a socialist because you have more affinity with serial killers.

Our condolences to the family of this young man. May he RIP.