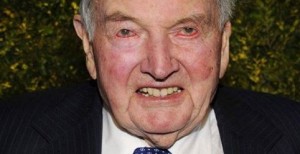 Did David Rockefeller actually survive six heart & two kidney transplants like World News Daily is reporting? I only ask because the photos make him look embalmed in formaldehyde more than surviving–& because the newspaper reporting it also claims the KGB, the spy agency of the former Soviet Union, created the punk scene.

The story is they bankrolled bands like the Sex Pistols as part of a covert operation to create cultural & political chaos, nihilism & cynicism toward authorities, promote drug use, & pervert “Western youth.” Who knew KGB agents were such party animals?

If it’s true, what a shame. All those rubles wasted when capitalism was doing well enough alone. No help needed.