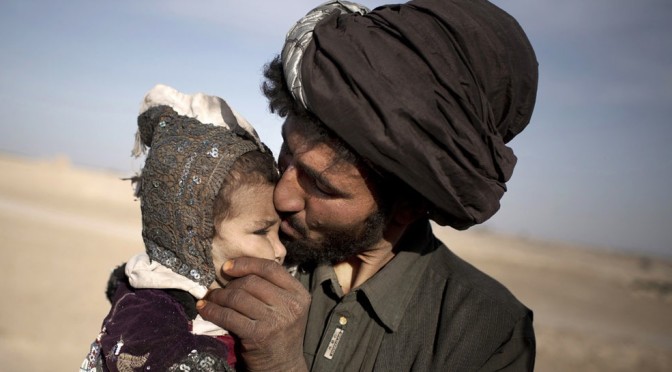 We should take a moment to honor Anja Niedringhaus, a photojournalist based in Afghanistan who was shot & killed this past week. It is estimated that at least 70 journalists were killed last year & 20 so far this year. Twenty-eight of those killed in 2013 were reporting from Syria. Journalists face many dangers in war zones & areas of conflict since they are often targeted for assassination. It’s not a glamorous job.

One press freedom group estimates over 850 journalists were killed in the line of duty between 1992 & 2012. Mexico is considered by press freedom groups to be among the most dangerous countries in the world for journalists. Almost 100 reporters have been killed or disappeared since 2000 with most of those crimes unsolved, un-investigated, & with few arrests. Many Mexican journalists have sought refuge in neighboring countries from possible assassination. Unsolved murders of journalists exist in many countries, including Russia & the US. Presently, a group of al-Jazeera reporters are in a kangaroo court in Egypt for alleged collaboration with the Muslim Brotherhood. There are many such cases around the world & press freedom groups have formed ostensibly to monitor & defend media workers when they are targeted, arrested, prosecuted, or murdered by tyrannous regimes.

Most notable groups include the Committee to Protect Journalists (formed in 1981), which has a conservative board of directors including Christiane Amanpour, Tom Brokaw, & Dan Rather. The association of such establishment figures should put up a huge red banner saying “donors beware”.

Reporters Without Borders (formed in 1985), has questionable corporate & foundation financial sponsorship (like the Open Society Institute of George Soros & anti-Cuban immigrant groups in the US); & extremely reactionary political associations (like Otto Reich, a former Reagan & Bush official with a political rap sheet a mile long). The group shows particular venom toward Cuba (explaining their association with Reich) & is accused of disinformation campaigns against the Haitian government of Jean-Bertrand Aristide & the Venezuelan government under Hugo Chávez–giving the group its distinct malodorous whiff of deceit & nefarious connections with tyranny.

Another group is the International Federation of Journalists (IFJ), which has existed off & on since 1926 & now claims 600,000 members in 100 countries. It claims it has no political point of view as an organization & is based on the trade unions. That association does not make it free of political fault but it does appear to be run by journalists, not by corporate & tyrannous agendas, & seems the least compromised of the press freedom groups. It advocates for women journalists who face threats, assaults, rape, & murder due to gender, particularly in Israel, Mexico, the Philippines, Somalia, Russia, & Nepal.

Calling out Israel for targeting women journalists & for endangering journalists in Israeli bombing sieges in Lebanon (2006) & Gaza (Dec. 2008-Jan 2009) put the group at loggerheads with the Israeli journalist association. The resolution of that conflict nearly a year after Israel’s Operation Cast Lead (a three-week ground invasion & aerial bombardment of Gaza) is not the IFJ’s finest moment. In fact, it was despicable. One of the issues was Palestinian press freedom after Operation Cast Lead & Israeli journalist complaints that they were not consulted in the IFJ’s investigative mission. In the rapprochement brokered by Franco Siddi from the Italian IFJ with the Israeli journalist association, Siddi said, “Eliminating the contribution of Israeli journalists to our international federation was inconceivable. Israeli media are amongst the most independent & freest in the world, & their voices are an essential element in the IFJ, which is based on democratic, ethical principals.” That would constitute shameless groveling & outright lies.

In fact, at the IFJ world congress in Dublin, Ireland, in June 2013, the delegates launched a campaign protesting Israeli restrictions on Palestinian journalists with official press passes from free movement between Israel, Gaza, East Jerusalem, & the West Bank & within the West Bank itself. No mention how Signore Siddi voted on the resolution. Hopefully he was covering his head in shame or hiding in the bathroom in disgrace.

According to independent sources, not just restrictions on movement, but attacks on Palestinian journalists is common, including targeting them in the same way they target all Palestinians–with rubber-coated bullets, tear gas, stun grenades, stink bombs.

This 2012 photo by Anja Niedringhaus (done for AP), is an Afghan nomad with his daughter in Helmand province. The caption read that Helmand province was one of the country’s deadliest battlefields, leaving the residents terrorized. They say the promised development by US-NATO forces has not materialized & Taliban rule is often preferred.