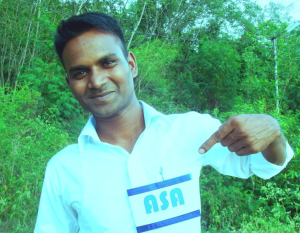 Indian friends are grieving the loss of Rajini Krish, a 27-year-old Dalit scholar, who took his own life on March 10th. Suicide among Dalit scholars is a phenomenon in India as it is also among Indian farmers dispossessed by rural neoliberal economics.

Suicide is a social phenomenon, not a personal failing or weakness. It takes considerable psychic pain & grief to overcome the primal instinct for survival & it is common among the most oppressed.

Those who do not understand the character of suicide might find it useful to go to a FB page where his friends are paying tribute to him to understand why a young man who seemed to be rising above the limits of his caste would take his own life.

Anyone who has grown up feeling a sense of inferiority because of class, gender, ethnicity, religion, disability, or physical stature can understand how a man considered an inferior & subordinate caste would be haunted by self-doubt & overcome by that under extreme stress–especially if one is looked down on while at the same time socially isolated. One person commented that Dalit graduate “students lack support systems which they can depend & fall back on. Rejection in upper caste social circles & neglect from Dalit faculty members & peers gives way to alienation. These structures might give a feeling of isolation to any person.”

It must always be said when someone takes their own life that we need judge them by their lives, not the nature of their death. It is not ours to judge or condemn but to understand. From his friends, we know Rajini was a fighter & that is not a contradiction to his death. Feeling the sting & indignity of inequality made him a fighter but it also made him deeply sensitive & perhaps more of a fighter for others than for himself.

Rajini’s life matters to us because he stood against caste & class inequality & because he was one of ours. Our sincere condolences to his family & friends. Hold him in your heart, respect that he knew best the limits of his endurance, & fight like hell against the monstrous system of caste & class that would take the life of a beautiful young man & shred it. May his troubled soul be at peace & may he return to the same lustrous star as Rohith Vemula–that star where all fighters against injustice go to rest in peace.

Rajini Krish’s last post on FB: “When Equality is Denied, Everything is Denied”