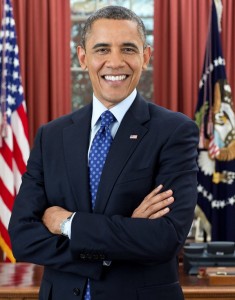 Common Dreams, the progressive news website, has just published the most remarkable article entitled “Without Prosecution of Bush Officials, Obama Legacy ‘Forever Poisoned’.” The article is a monument to either a bad case of cognitive dissonance, historical ignorance, or despicable apologetics for the Obama regime. Because the site was initiated by Democratic Party operatives, the latter is more likely.

Drawing on a campaign by Human Rights Watch (HRW), a conservative establishment human rights group (which cannot bring itself to condemn US wars), Common Dreams editors call for a full criminal investigation of former President George W. Bush, Vice President Dick Cheney, & all U.S. officials behind the CIA torture program. HRW is going after Obama & his administration for refusing to pursue criminal investigations into CIA torture by claiming there is insufficient evidence for prosecution.

The HRW brief against the Bush regime focuses on officials “who created, authorized, & implemented” the CIA torture program.” Bush was in office from 2001 to 2009–& there’s no question they were a despicable, criminal lot. But the CIA torture program goes back at least five decades more & continues through the Obama era. Is it conceivable HRW is ignorant of that history so well documented by scholars like Alfred W. McCoy, detailing not just CIA torture but involvement in international drug trafficking?

It was naive, but for years after Obama was elected, people blamed his continuance of Bush policies on the difficulties of dismantling the wars, along with the torture programs & violations of civil liberties. Only the most uncritical & credulous can continue to give Obama impunity & excuses. He not only sanctions CIA torture but has initiated several more US wars & made major inroads against the Bill of Rights. Clearly, these policies are bigger than any single presidential regime but are the policy of US neoliberal capitalism.

Enough with the alibis for the guy with the big toothy grin! HRW, if it was worth its salt, would be demanding the end of all US wars–whoever launched them–& the dismantling of the CIA, along with its torture programs & drug peddling operations. That’s the imperative of human rights.

(Photo of Obama from Wikipedia)