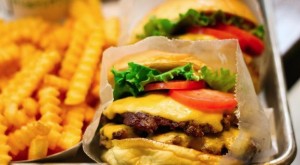 Recently we’ve have to stomach Hillary Clinton belly-aching about her & that ass she’s married to being “dead broke” on leaving the White House. Putting aside that if they weren’t involved in so many criminal investigations they’d have had more dough, media reports claim that since leaving office Bill Clinton has received nearly $16 million in pensions & benefits on top of the exorbitant fees he & Hillary get for making speeches & writing books. It’s not that she’s out of touch with economic realities for most working people; she’s completely indifferent to problems of the “little people.”

Not to be outdone in pity-mongering, the two Obamas claim in an interview with Parade magazine (that accompanies the Sunday papers) that they want their two daughters to “get a taste” of minimum-wage life, as they both did before they got law degrees, because it’s a “character-building experience.”

Character-building experience, my ass! Millions of people who are not one whit less intelligent & talented than the Obamas don’t find busting their ass for chump change one bit character-building. They find it demeaning, exhausting, arduous, & unrewarding; only privileged people with a patronizing sense of noblesse oblige could ever find it character-building.

But who’s kidding who!? What are the chances those two girls will ever flip hamburgers or clean bed pans or stand for eight hours on a cement floor? Will they be doing a version of slum tourism, visiting the working class ghetto to see how the other half lives? Does either Obama have even a clue how detestable their plebeian pretensions sound?

The course those two girls will take has long been charted & will follow the one taken by Chelsea Clinton: elite universities, advanced degrees, multi-million dollar sinecures, & well-remunerated consulting positions in parental foundations. Meanwhile, equally talented working kids will grow to old age still flipping burgers, always on the brink of homelessness, & retiring with no pensions.

(Photo of burgers in lieu of image of potato-head Obamas from yahoo.com)