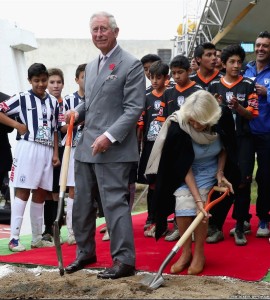 The usual explanation for conflict between Palestinians & Israel over the Al-Aqsa Mosque in East Jerusalem is religious. That is, that the site is the third holiest in Islamic tradition & the holiest in Judaic tradition since it is claimed to be the original site of Solomon’s Temple said to have housed the Ark of the Covenant but destroyed in 587 BCE. It also plays a role in Christian tradition since the Mosque was taken over by Crusaders (1099) & used as horse stables & headquarters for Templar Knights. The Judaic & Christian claims are hardly compelling; they’re more akin to farce.

Even if it was the site of the temple (there is no archaeological evidence for this despite repeated excavations), this would not give Judaism a historic or religious claim any more than those of Celtic heritage can lay claim to the Rhineland where they originated. As for claiming old horse stables from the ill-begotten Crusades as a religious site, the diplomatic person would call that “grasping at straws.” The rest of us are rolling on the floor laughing in scorn. Does anybody really think they’re going to ride to heaven on that one?

There was an actual temple on the site between 516 BCE & 70 CE, when the Romans destroyed it. The Al-Aqsa Mosque has been there since 705 CE. The dispute around Al-Aqsa is part of Zionist attempts to create a religious heritage that does not exist in any meaningful way to justify destruction of the mosque. The only religion that has a claim to that site is Islam. All the other claims are baloney.

When Israel was established in 1948, East Jerusalem (where Al-Aqsa is located) came under the control of Jordan but was occupied by Israel in the 1967 Six-Day War. After that war, Zionists under the leadership of Rabbi Shlomo Goren (the chief rabbi of the Israeli military & later chief rabbi of Israel) began cut & pasting Biblical verses to claim the area for building another temple. In 1983, Goren & several other rabbis claimed to have seen the Ark of the Covenant in an excavation under the mosque when in fact nothing but a few shards & animal bones have ever been found. The Zionist regime had the good sense to seal the chamber with cement so no further inspections could make fools of their right-wing rabbinical squad.

Constructing a third temple requires the destruction of Al-Aqsa but the real intention of course is to destroy all Palestinian claims to Jerusalem. To accomplish this, Zionist myth-makers began courting allies among right-wing Christian dispensational Evangelicals with an Apocalyptic theology that takes Biblical prophecies literally that the second coming of Jesus will be heralded by the reestablishment of Israel & the construction of a third temple.

After the 1967 war, Evangelical fiction writers began speculating how Al-Aqsa could be destroyed: Hal Lindsey wrote “Late Great Planet Earth” (in 1973), an end-time prophecy of famines, wars, earthquakes, Antichrist rule, & Armageddon war preceding the second coming; Salem Kirgan wrote “666” (in 1970), where the Antichrist vaporizes Al-Aqsa with a ruby laser ring; Charles Colson wrote “Kingdoms in Conflict” (in 1987), where American Evangelicals bankroll Israeli Zionists in blowing up the mosque. This is where fiction & right-wing politics shade into derangement. But they make clear the shared commitment of Zionists (& here the crackpot wing is indistinguishable from the others) is to destroying Al Aqsa.

As a result of Zionist collaboration with dispensationalist Evangelicals, many Zionist Christian groups have been formed in the US & elsewhere; many members of the Lost Tribes of Israel have been identified by Evangelical missionaries in Peru, Ethiopia, India, & elsewhere to promote settlements in the West Bank (here fiction shades into idiocy); sister-city relationships have been forged with Zionist settlements; thousands of Evangelicals pilgrimage & march in Jerusalem every year; in 1969, one Australian Evangelical attempted to torch the mosque. Most importantly, Israel & AIPAC have developed strong religious allies among Christian nut cases.

The profound sarcasm in this alliance is that the religious vision of dispensational Evangelicals requires the mass conversion of Jews to Christianity–or their annihilation in the battle of Armageddon. It doesn’t get more anti-semitic than that. Or more repugnant. What the hell would Jesus say!?

And those are the reasons why Israel continues to prevent Palestinian access to Al-Aqsa but still allows right-wing Zionists to guide tours of the mosque; why they militarily attack Palestinians defending their rights to the mosque; & why defense of the mosque is part of the struggle against Israeli apartheid.

Here Israeli riot cops prevent a Palestinian man from entering Al Aqsa for prayer (last Friday). Males under 50 have long been barred access to the mosque & must pray in the public streets. Israel ordered the mosque closed down for all after the shooting of an ultranationalist Zionist who campaigns for Jewish prayer rights at the site.The Palestinian suspect was killed by cops in a shootout at his home. Why they suspected the young man is not certain but it doesn’t take much & Israeli authorities figure murdering mere suspects will spare the expense of one of their kangaroo courts.