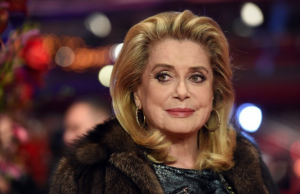 The deeply embarrassing letter has such a low political level that it could have been written by Huge Hefner or Harvey Weinstein because it mocks unwanted sexual advances, even on a subway, as just men trying to show affection & defends such aggression as “indispensable freedom to offend.” It also associates objection to sexual assault as censorious, puritanical & authoritarian. Since so many know-nothing anti-feminists have attempted to vilify 1960-1970s feminists as “sex-negative” blue-nosed prudes, it is beyond sarcasm that Henri Astier, the male journalist who wrote the BBC article, associates such libertine nonchalance about sexual aggression with older feminists & tries to distance them from younger feminists who he claims recognize sexual assault for what it is. What Astier shares with those who make such imputations against earlier feminism is complete idiocy & ignorance of what 1960s feminism stood for as well as the debates among feminists today about what “empowerment” means.

Let’s set the record straight: 1960-1970s feminism was part of the sexual revolution as part of the fight for reproductive rights which were illegal in most states & to oppose the massive sterilization programs of Black, Latino, Native American, & disabled women. Our work advanced healthcare for women & made inroads against the barbaric treatment of rape victims. We fought sexual harassment in the workplace & put the spotlight on sexual assault of children within the family, which until then had been a dirty little secret where the children were not believed. Freud glorified sexual assault of children as an Oedipal Complex–a masterpiece of blaming the victim. Feminists took that rubbish on head-first despite being vilified as old maids too ugly to get a man or man-hating lesbians.

Catherine Deneuve & the other signers of this French letter do not represent feminism of any generation. They are not standing for freedom of any kind but are groveling before the power of misogyny–maybe for personal problems but more likely to get published. It is not within the realm of possibility that none of these women know the indignities & terrors of sexual assault. There isn’t a woman alive who isn’t intimately familiar with sexual aggression. The letter is an antisocial piece of crap, a shameful capitulation to the hatred of women.

One more thing; there is a massive international effort to distance older feminists from younger feminists, to discredit the former & claim they have aged out of political relevance. This is not based on the politics of feminism–which are anyway very diverse–but on an attempt to shut down debate, vilify older women, including as racists, & divide & destroy the struggle against women’s oppression. The TERF & SWERF crap is part of that. This French letter is part of that. The only appropriate response is to shove such rubbish where the sun don’t shine. Shame on Catherine Deneuve & the other signers. What they need is a good dose of feminism to smarten their asses up.

(Photo is Deneuve by Maurizio Gambarini/Anadolu Agency, via Getty Images)