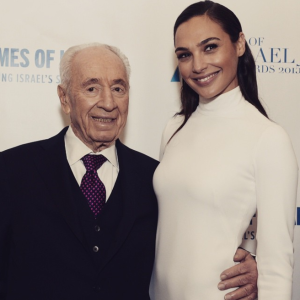 “Western feminists” are being criticized for honoring Gadot but that would be to confuse individual feminists with rotten politics for a social movement that does not exist & thus cannot endorse her. However, the UN has made Gadot an Honorary Ambassador for the Empowerment of Women & Girls. Sends shivers down your spine when you know she accused Palestinians of using women & children as human shields.

As for any questions about whether the Wonder Woman movie should be boycotted as part of the cultural boycott of Israel (BDS)? It should be boycotted & picketed by BDS activists with signs saying “Don’t try to hide Israeli apartheid behind the banner of feminism.” Feminism is an emancipatory program, no matter that some have tried to hijack it to the service of Islamophobia & Zionism.

Honor the cultural & economic boycott of Israel. Buy nothing with barcode beginning 729.