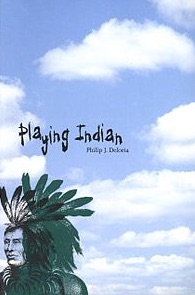 While not having much political value, nothing could be more revealing than the endless discussions about the imposture of Rachel Dolezal. We endure outright silliness with objections to her lying—as if this was all a catechism lesson—& we watch academics use this to go after identity politics. Mostly we see long-winded tracts about gender & ethnic “essentialism.” The question of Caitlyn Jenner gets entangled & no matter how many want it excluded, that discussion is completely relevant.

This preoccupation with a case of impersonating a Black person has less to do with Dolezal than with the deep chasms of anxiety felt by those who are dominant in supremacist societies. Blackface, “playing Indian,” & men dressing as women (not necessarily transgenders) remain methods of mockery & ridicule even though the more egregious forms like minstrel shows were discredited by the civil rights struggle. Disguise & playing out of fantasies about Blacks, Indians, women may call fixed identity into question but in politics it reflects psychological strain from empowering yourself by humiliating others.

Indianness & idealizing Indians in forging a national identity was fraught with anxiety & ambivalence because it derived from simultaneously exterminating the native peoples in the most barbaric ways. One of the apogees of role play was during the extermination campaigns against the Plains tribes in the central US after the Civil War.

Minstrel shows & blackface which began in the early 19th century under slavery did not idealize Blacks but infantilized & burlesqued them as stupid, lazy, & superstitious. They ridiculed slaves at the same time they portrayed them as happy under “the peculiar institution,” in accord with histories of slavery up until the Civil Rights Movement of the 1960s when Black studies & historians changed all that.

The mockery of women is now so incorporated into culture that one can hardly begin to unravel its malignancies but the glorification of prostitution & pornography are key to all of that—where women & their sexuality are demeaned as objects of violence & exhibitionism. And in some circles, it’s called empowerment. Talk about infantilizing!

Judith Butlerizing the discussion around Dolezal & ethnic identify has not clarified things one iota. No matter how many prominent writers & academics say so, one cannot claim—in the era of racist wars overseas & murderous assaults on the Black community in the US—that one can choose their ethnic identity like they choose a hair style. It isn’t the lying that’s the problem but the whole damn charade of acting like you can possibly understand the profound humiliations for being Black—even if you’re uncomfortable in your own skin & fixed identity is in dispute. The entire edifice of racist oppression is institutional, political, social, cultural, emotional. If whites suffer identity problems as a result, passing is not the solution. Political action is.

Racist & gender oppression & violence are social constructs. Those who denounce identity politics (which they usually refrain from describing) want all of us to march together against capitalism as class sisters & brothers. Talk about romanticism! The civil rights, women’s, & LGBT movements erupted historically as a political response to oppression. What political action can derive from a simple-minded approach that tells women, Blacks, et al, to stop whining about their special demands & form ranks in unity against our common oppressor when the front lines of that oppression are our “class brothers”?

Do we see legions of white guys forming ranks to help stop the violence against Black teens? Are they out there by the thousands to defend abortion clinics & women’s reproductive rights? Are the white guys chock-a-block against assaults on Muslims? Or in defense of immigrants? They couldn’t even get the mostly white union leadership to oppose child labor for farmworkers in 2012. If freedom from oppression is won by working people on their own behalf, that is just as true for those who face extreme burdens of social hatred.

Truth of the matter is, for all our scientific sophistication, human beings understand very little about ourselves because our society circumscribes that so harshly. We know we’re not born to hate; we know the highest achievements of humanity are built on trying to communicate with each other. That doesn’t mean philosophical speculations about our nature, including ethnic & gender identities, should cease but that elaborating a political program of unity in action against racist & misogynist oppression is far more important.

(Photo is cover of Playing Indian by Philip Deloria)