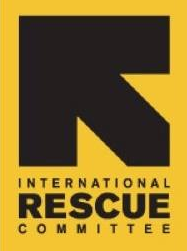 This is the logo of the International Rescue Committee (IRC) which is now on a major fund-raising campaign. It’s Henry Kissinger’s “charity”. The Board of Directors includes Kissinger, Madeleine Albright, Condoleezza Rice, Colin Powell, Eely-Oily Weasel, magnates from JP Morgan Chase, Bank of America, Goldman Sachs, including Felix Rohatyn (who presided over the dismantling of social services in NYC during the 1970s) & James Wolfensohn (past president of the World Bank dismantling social services on several continents) & the usual cosmetic array of celebrities.

Every opportunity from Mother’s Day to Christmas is used for fund-raising. Using poignant photos of children, they solicit donations for prenatal & maternal health care, clean water, warm blankets. Right now it’s to help stop Ebola in West Africa. It’s not certain what IRC does with its money or why the millionaires & billionaires who claim to volunteer their services don’t bankroll it out of their own immense resources since their neoliberal policies cause the problems in the first place.

Kissinger Associates is a secretive company that won’t reveal it’s clients or activities on their behalf but appears to be a consulting outfit for investors in neoliberal plunder. It’s very unlikely such a foul character would be moved by the suffering of children, especially since Kissinger is on the record in favor of population control/eugenics.

If you have money to give, winter is coming in Gaza & thousands are still homeless. Tell the Kissinger charity to kiss your you-know-what.