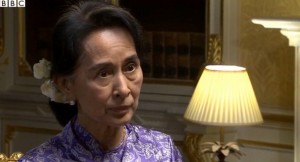 In 1973, the satirist Tom Lehrer said, “Political satire became obsolete when Henry Kissinger was awarded the Nobel peace prize.” The Nobel prize was jointly awarded that year to Kissinger (then US Secretary of State) & Lê Đức Thọ, a Vietnamese general & leading political figure, who declined it. It would have been grotesque, even criminal to accept it since the US was then engaged in carpet bombing North Vietnam.

The award has always been a discredited honorific for colonialists & war makers beginning with Theodore Roosevelt in 1906, an instrumental figure in colonizing the Philippines, Cuba, & Puerto Rico for the US; & in 1919 with Woodrow Wilson who took the US into WWI fought among European powers & the US over the colonial division of the world.

The Nobel committee throws in do-gooders once in a while & genuine leaders ever so occasionally but mostly it has the political merit of toilet paper. When they threw in a rookie like Obama, they must have thought he showed promise as a war-maker. He has not disappointed those hopes. When they chose Aung San Suu Kyi, the Myanmar dissident, they must have known she was open to compromise not only with the military junta & neoliberal plunder of Myanmar’s natural resources but with the gruesome ethnic cleansing of Rohingya Muslims.

Suu Kyi received the award in 1991 while she was under house arrest but could not travel to receive it until 2012. Whilst she traveled to Norway to pick up the thing, there was a violent onslaught by the regime against Rohingya which she remained quiet as a mouse about. Commentators were mystified; some thought her silence was equivocation, others thought her afraid to speak out. Well if a Nobel peace prize winner can’t speak out against butchery, who the hell can & what is the purpose of receiving the damn thing if remaining silent about monstrous human rights crimes is part of the bargain!?

What wasn’t understood is that Suu Kyi’s silence was consent; at no time has she ever expressed scruples or outrage at the mob violence against Rohingya, the concentration camps for Rohingya, at forcing thousands to flee to Bangladesh, Malaysia, Thailand, or in rickety boats on the Andaman Sea. When asked about it, she denies there is a genocide & resorts to double-talk & evasions. She doesn’t come across less smarmy than any other corrupt politician whose names are legion.

Now a book titled “The Lady & The Generals: Aung San Suu Kyi & Burma’s Struggle For Freedom,” by Peter Popham, exposes what is behind the double-talk & it comes as no surprise. The book describes an anti-Muslim outburst by Suu Kyi after an October 2013 interview on BBC Radio 4’s Today program. The interview was conducted by Mishal Husain, a British woman of Pakistani descent & a Muslim.

Husain pressed Suu Kyi on the issue of ethnic cleansing & repeatedly challenged her to condemn anti-Islamic terrorism in Myanmar. Suu Kyi refused & under pressure lost her composure–that presumed Buddhist serenity that masks her indifference to genocide. Following the interview, she was heard to mutter, “No one told me I was going to be interviewed by a Muslim.” No one told her that her comments would be overheard & used against her either–not to discredit her; she’s done that all by herself–but to clarify where she actually stands so admirers can get past adulation to a realistic evaluation of her political character. It’s a case of chickens coming home to roost.

Photo is Suu Kyi with her mad face on during the Husain interview when she was being cornered & couldn’t weasel out of it.