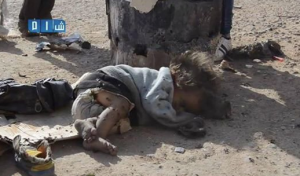 Many probably object to the harshness of my polemics against Assadists & would prefer a more pedagogical tone, less ridicule. But in my now 51 years of political activism, I’ve never encountered such political debasement, such theoretical corruption where wing-nut conspiracies, hating on Muslims & Jews, vilifying freedom fighters, & lionizing dictators & armies has been the norm.

In those five decades, I’ve seen the antiwar, socialist, & Palestinian solidarity movements grow & decline & have seen plenty of crazy-pants nonsense since dissent attracts the deranged like a home away from the asylum. But I have never seen anything like what libertarianism & Assadism are doing to those movements. They’re a wrecking ball that have laid those movements waste.

My polemics aren’t going to soften up. What is at stake to my mind is the future of dissent, of democracy, not just in Syria but in all of the Middle East, & quite frankly the future of humanity against the predations of neoliberal capitalism, the barbaric phase of capitalism.

This Syrian child is a clarion call to either stand with equality & democracy or take your place with the armies terrorizing the globe & making children the majority of victims.

This year I’ll be 73 years old & I’ll be damned if I’ll grow old without fighting this all the way to the grave whether anyone likes it or not.