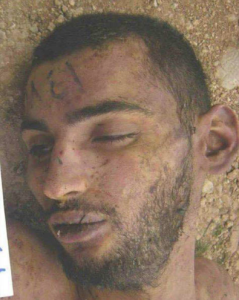 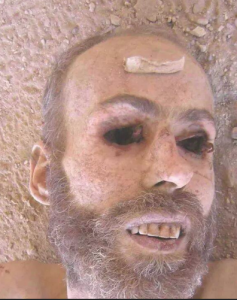 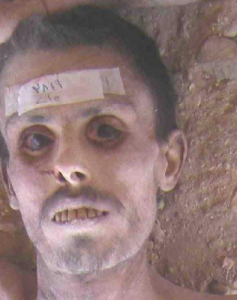 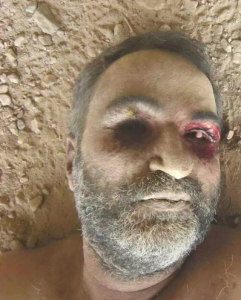 “…tbh torture happened, I’m never going to say it publicly, but it happened. Under Bashar Al-Assad it was being brought under control…& tbh the creatures in Sadnaya were monsters, mostly hardcore Al Qaeda.”

–That statement is by Assad propagandist Vanessa Beeley justifying the torture & hanging of over 13,000 political prisoners in five years in Saydnaya prison, according to a 2017 Amnesty International report titled “Human Slaughterhouse: Mass hanging & extermination at Saydnaya prison.” Just exactly as Stalinists continue to justify the torture & execution of political prisoners in Russia’s gulag.

These photos, shown only to expose Assad’s criminality, are from the Caesar collection of 28,000 photos by a forensics officer named “Caesar” who smuggled them out of Syria after defecting from the Assad regime. These men were political prisoners & under the rule of law, even if they were terrorists, torture is a violation of their human rights. You cannot justify this unless you are so deranged as to also justify Guantanamo, Abu Ghraib, & the entire CIA rendition program of secret prisons. When Bartlett & Beeley & the entire stable of deranged Assadists & their fellow travelers–from Tariq Ali to Jeff Mackler, Rania Khalek, & Cindy Sheehan–support these crimes, they become complicit & expose the political stuff they’re really made of. These young men were human beings, not monsters to be tortured, mutilated, brutalized, & murdered. They were revolutionists, not terrorists.

Stand with the Syrian people & demand the immediate release of all political prisoners; the immediate cessation of Syrian, Russian, Turkish, & US coalition bombing; & the immediate, unconditional withdrawal of all foreign military forces from Syria.

(Beeley statement defending torture from Twitter, released in a dispute among Assad propagandists)