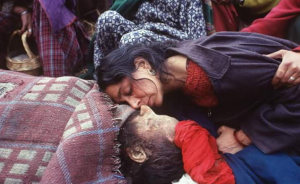 We should take a moment to honor Kashmiri freedom fighters killed by Indian military & paramilitary forces in the past nearly 6 months of a brutal siege. Between July 8th & December 1st, 115 people were killed, most of them young protesters. Without citing the number killed, Indian media reported that as a 300-percent increase over last year, as if they were reporting pork barrel statistics.

That is a terrible price to pay for freedom & a measure of its value to those denied it. We would know nothing about this were it not for Kashmiri activists on social media who post reports & photos of funeral cortege/protests numbering in the thousands for every person killed.