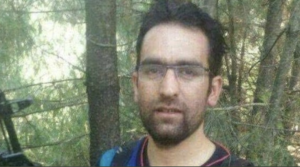 You don’t have to agree with the strategy of guerrilla warfare to join Kashmiris in honoring the life of Riyaz Naikoo who was killed today in a hunt to kill operation in his hometown. He was cornered & killed by Indian occupying forces while visiting his mother who was ill. He had been a mathematics teacher who turned militant after being traumatized watching his friends get hauled off to torture centers. Before the onslaught of extreme violence by the Indian Army, he didn’t see the other options to armed militancy. He once said, “Occupation bullets do not make a distinction between civilians & fighters, nor do its prisons.” He could be an armed militant or an apolitical civilian but the Indian Army makes no distinctions when it comes to dispensing violence.
His death has set off protests in Pulwama with many young protesters going after army vehicles with a barrage of stones. Many have been reported injured. There are videos of families within their homes cowering on the floor from the rain of army bullets. India has responded by suspending all internet & phone communication & the massive deployment of troops.
Stand with Kashmiris & demand the immediate, unconditional withdrawal of all Indian forces from Pulwama & from all of Kashmir. May Riyaz Naikoo Rest In Peace.
(Photo is Rihaz Naikoo, May 6, 2020)