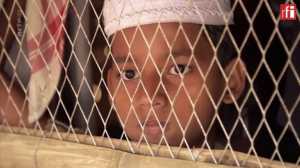 Suu Kyi is denying genocide against the Rohingya. Her presentation & that of other defense counsel refused to use the proper name Rohingya which should be a red flag to the judges. Burma’s lead defense counsel argued that what happened in Arakan/Rakhine state cannot be defined as genocide but rather as crimes against humanity or war crimes which the ICJ does not have jurisdiction to adjudicate & that the Burmese Army should deal with it. If Burma wins this definitional dispute, the case will be closed.

These legal definitional disputes between genocide, ethnic cleansing, crimes against humanity, & war crimes are a detestable evasion of responsibility. As Kashmiri activists have maintained, it is the people subjected to these monstrous crimes who have the right to designate what is happening to them & international law needs to catch up with that reality to stop allowing war criminals & genocidaires to escape prosecution. Using that measure, at least half the political leaders in the world would be under indictment & the whole capitalist world order would be challenged.

The fate of this little guy & millions of other Rohingya refugees is at stake so the decision the ICJ makes about defining genocide for what it was is of great consequence.

(Photo is screenshot from an RFI video in October 2019)