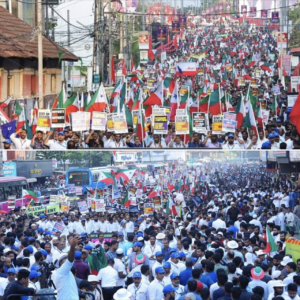 There are protests like this all over India, especially in Assam, the state most immediately effected by legalizing the marginalization, disenfranchisement, & persecution of Muslims by the NRC & the passage of CAB. One Indian friend reports that she witnessed many protests before the passage of CAB but they were not reported in media. There are also solidarity protests called for cities outside India because of the momentous character of these laws internationally. What would happen to the million of Hindu, Muslim, Jewish, & other religious faiths living in the US if the US Congress ruled the US a Christian country? It only exposes the monstrous character of Israel as a Jewish-only colonial state, of Iran under a corrupt theocracy, of Burma’s genocide against Rohingya Muslims, & now India as Hindutva fascism.