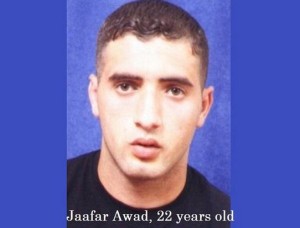 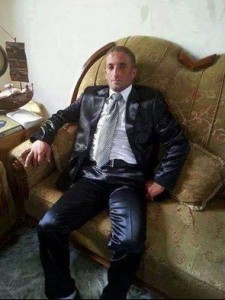 Depending on their political agenda, media reported the death of Ziyad Awad quite differently. Awad was a 27-year-old Palestinian man shot & killed by Israeli soldiers on April 10th at the funeral of his cousin in the town of Beit Ummar near Hebron in the West Bank. Ma’an News Agency, a Palestinian network in Gaza & the West Bank, reported Awad was killed & 13 others injured “when soldiers opened fire on mourners at the funeral of Jaafar Awad.” Most reports followed the lead of Associated Press (AP) who claimed Awad was killed “in clashes with Israeli soldiers that erupted after a funeral.” CNN, whose source was primarily the Israeli military, said Awad was killed “allegedly by Israeli forces, during a riot that grew out of a West Bank funeral procession for his cousin.”

AP & CNN both claimed Palestinians initiated the confrontation by attacking soldiers with rocks, firebombs, & rolling burning tires. CNN quoted verbatim from the Israeli military that Palestinians were engaged in a “violent riot”; that soldiers “felt an immediate threat & responded with riot dispersal means” but the “rioters refused to halt & continued to endanger IDF soldiers.” Neither news agency thought to mention the Israeli army brutally occupies the area with full civil & military control but has no rights to be in the West Bank, let alone at a funeral for one of their victims, in any capacity at all.

Were Palestinians at the funeral of 22-year-old Jaafar Awad truculent & obstreperous toward Israeli soldiers? Probably & they damn well should have been. Jaafar was released in January after a 14-month Israeli prison term. Human rights groups report that Israeli prison torture of Palestinians is systematic & includes between 200 & 105 methods, many straight out of the CIA manual on torture. These barbarisms include “severe beatings, putting prisoners under cold water followed by hot water, cuffing or restraining them with their arms behind them & then tying them to a door or window for long periods of time, often lasting hours. Prisoners are also made to sit on chairs & beaten with sticks until they lose consciousness. These beatings may target sensitive areas of their bodies which have the potential to leave long-term negative effects, sometimes leading to chronic diseases.” Shades of Abu-Ghraib.

The town of Beit Ummar is being targeted by the Israeli military & in the first three months of 2015 alone, 60 Palestinians were hauled into the Israeli gulag, nearly half of them minors. Jaafar Awad was a victim of medical negligence & more likely malfeasance in prison. His health problems began when he was given an incorrect insulin shot in prison causing him neck inflammation, inability to speak, pain in the head, trembling, & impaired vision. He was a 22-year-old guy in the prime of life & by the time he was released (so he wouldn’t be another Palestinian who died in custody) he suffered from severe pneumonia, heart problems, thyroid & pancreas complications. Israeli authorities agreed to release him only after a special legal appeal & after payment of a fine of $10,200 (40,000 shekels). Released in critical condition, he died at a hospital not even three months later. Now if you were a Palestinian youth in the town of Beit Ummar, would you be inconsolable & irate!? We hope so.

Our deepest condolences to the families of Jaafar & Ziyad Awad. May they RIP after losing their lives in the struggle for Palestinian justice. And to honor them, may we continue to build the hell out of the economic & cultural boycott of Israel (BDS) & demand no aid of any kind to Israeli apartheid & ethnic cleansing.

(Photo on top is Jaafar Awad; on bottom is Ziyad Awad)