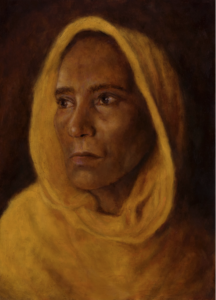 Suu Kyi & the generals are trying to pull a fast one on Rohingya refugees by making an offer of ‘naturalized citizenship’ rather than full human, democratic, & civil rights. The Rohingya are responding as a chorus with the same contempt as Rohingya activist Ro Nay San Lwin who tweeted: “I’m not going to waste my time by talking about “Naturalized Citizenship” offered by Myanmar. Here you got two options: either give us full citizenship OR we form our own state in our homeland in Northern Arakan state. NO negotiation!”

Aung San Suu Kyi’s father Aung San negotiated the 1947 Burmese constitution which defined citizenship after decolonization from Britain. Burma is in many ways a prison house of nations with many different indigenous ethnic groups who have purposely not been fully integrated & who the state has been at war with on a nearly continuous basis. Aung Sun was influenced by Stalin’s view of the ‘national question’ which included discrimination & repression against them. But when the 1947 constitution was formulated, Aung San, as a pragmatic politician, accepted all of the many indigenous ethnic groups, including specifically the Rohingya, into full citizenship. Aung San was assassinated in July 1947.

In 1982, the military dictatorship which took over Burma in 1962 reformulated citizenship law, creating a three-tiered system which deprived the Rohingya of citizenship. It is of interest that Suu Kyi’s mother Khin Kyi served as Burma’s ambassador to India (1960-67), including for five years under the military dictatorship. Under the 1982 law, the Rohingya are defined as ‘illegal immigrants’ from Bangladesh & can apply for the third, lowest tier of citizenship called naturalized citizenship if they can provide conclusive documentation of residence in Burma prior to 1948 when Burma became a state after British colonization. What that means is that Suu Kyi & the generals are mocking Rohingya justice & citizenship rights with their contemptible offer. The generals have no hopes of fooling any Rohingya but are playing to the peanut gallery that makes up the UN & to investors in Burma’s neoliberal economic bonanza.

The Rohingya have been an integral part of the region for hundreds of years, long before Burma become a nation. They have a long history & a rich culture & every human right to return to their homeland to live as a free people. It is Suu Kyi & the generals who usurped democracy in Burma & are the illegal interlopers who must be thrown out on their asses. We only see photos of Rohingya refugees, photos that can dehumanize & turn them into objects of pity. If we commit to solidarity with their struggle, we will some day see photos of the richness of their lives & culture as a free people in Arakan state.