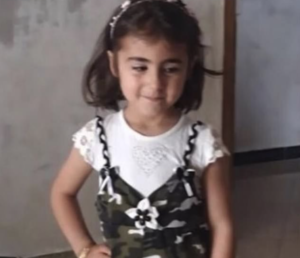 In reporting on the death of five-year-old Riham al-Abdullah who along with her mother Asmaa Naqouhl & three-year-old sister Reham died last week in a Syrian or Russian airstrike on a housing complex, the BBC said: “It has brought attention back to the war in Syria, where the Russian-backed government is trying to recapture Idlib from rebels & jihadists.” Now isn’t that an interesting perspective from a news agency bombarded by criticism from Assadists for bias against the Assad dictatorship. Now that BBC agrees with Assadists that it is ‘jihadists’ & not civilians being bombed in Idlib, not only have they found common ground but they are all still left to explain which jihadi terrorist group little Riham commanded.

Stop the bombing of Idlib. Demand the immediate, unconditional withdrawal of all Russian, US-coalition (including Israel), Iranian, Hezbollah forces & mercenaries from Syria.