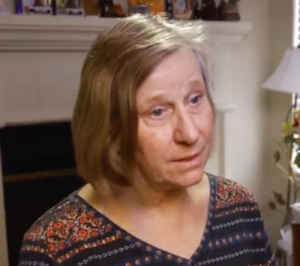 It’s striking how many women play a leading role in beating the drums for the Assad dictatorship. Cindy Sheehan is among them & though her grandstanding politics are more narcissistic than social & political, it is regrettable that she has become an out & out elitist & Assadist. Being the grieving mother of a US soldier who died in Iraq does not give her the right to justify the slaughter of men, women, & children in Syria.

Sheehan has a deeply conservative politics which manifested in her ridicule of the hundreds of thousands of young people who protested Trump’s election. She actually vociferously supported Trump against those protesters. Her most obscene opposition was ridicule of the Women’s Marches in 2017, 2018, & 2019 calling them ‘pussy parades’ though they drew millions of women on every continent raising countless issues of social, political, & economic concern. Perhaps it was because she wasn’t asked to speak, perhaps it’s because her feminism isn’t up to snuff, but she has been relentless in criticism, mockery & misrepresenting those protests of millions of women.

To make herself what the antiwar movement is all about, she called a March on the Pentagon last October publicly & repeatedly counterposing it to the Women’s March. Because she has never been a movement builder, she purposely excluded all liberals. Anyone involved in movement politics knows that liberals have always been the majority of antiwar protesters & the primary financial force sustaining the movement. A democratic antiwar movement excludes no one. What Sheehan did was to crown herself queen of the antiwar movement & give the March on the Pentagon an Assadist agenda. Of the few hundred who actually showed up & spoke, most were notable Assadist figures like Ann Wright, Medea Benjamin, & Mint Press.

Sheehan has again called a March on the Pentagon for October of this year. Every single person on the executive & advisory boards is a notable Assadist, including Ann Wright (the ‘retired’ Pentagon official), Mnar Muhawesh (editor of Assadist Mint Press), Don DeBar, Madelyn Hoffman (who was on the Stalinist delegation to Assad), Heather Cottin, now deceased Bruce Dixon, & several others. It’s likely to be even smaller & more exclusionary than last year. No self-respecting & principled antiwar activist of any political persuasion would touch this thing with a ten-foot pole when those figures non-stop justify the bombing of civilians in Syria as defense of the Assad dictatorship’s right to self-determination.

Sheehan was not politically knowledgeable when she entered politics, was turned into an overnight celebrity, & was badly miseducated & manipulated. She has to overcome that celebrity thing & realize she is part of an international movement, not the star of her own show. She has to reject Assadism & denounce Syrian, Russian, & US-coalition bombing of civilians in Syria.

(Photo is screenshot of Sheehan justifying her own parade)