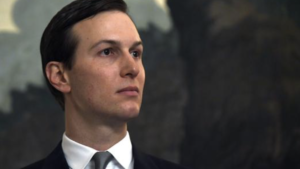 When the Oslo Accords were signed in the early 1990s, some Palestinian supporters completely lost their bearings, rejected Intifada as a political strategy, argued the accords, which codified the terms of Palestinian surrender, were the best Palestinians could hope for. It’s not clear if they ever recovered their bearings but it was part of a political shift to the right on Palestine & on other political questions. Those engaged in life & death struggles for self-determination don’t settle for the crumbs offered by the oppressors but fight for their full human & democratic rights.

There is a history to US-brokered agreements regarding Palestinians & all of them have increased the military arsenals pointed at Palestinian heads & have added to the quotient of betrayals. Most notable are the Camp David Accords brokered by then president Jimmy Carter which provided US weapons to Arab countries for use against their own citizens in return for selling out Palestinians (to whom they had previously given some lip service). The Oslo Accords legitimized occupation & expropriation but those who opposed them, including Edward Said, were ridiculed as sectarian fools. If one looks at a map of Palestine with the 1967 borders compared to a map 2019, it is clear the Oslo Accords were a set-up & a betrayal from the beginning.

The provisions of Jared Kushner/Trump’s peace proposal have not been made public yet but nothing, absolutely nothing good can come from them for Palestinians. The Bahrain conference is set up to get the major international political players revved up for a massive assault on Palestinian self-determination–more than they already are. Massive political pressure is being applied to Palestinian leaders of the Mahmoud Abbas sort to legitimize the plan. When Palestinian activists of the Intifada sort are informed of the details, they will be able to formulate a major escalation of solidarity activities among their supporters. Israel, the US, Europe, India, & other countries are not just trying to create bantustate pockets but are attempting the complete ethnic cleansing of the Palestinian people. Those who don’t get that should just keep stepping to the right & leave political commentary to those who read beyond the headlines.