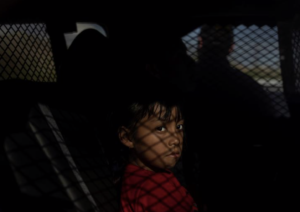 The US Department of Health & Human Services & US Justice Department received over 5,800 complaints of sexual abuse of unaccompanied children refugees being held in US detention centers between 2014 & 2018. The documentation, released in February of this year, came not from either government department but from Congressman Ted Deutch of Florida who said the documents “detail an environment of systemic sexual assaults by staff on unaccompanied children.” The allegations include children forcibly strapped to chairs, subjected to pornographic videos, molested, raped, denied medical care. There are nearly 16,000 refugee children held in US concentration camps, all of them living in inhumane conditions with over one-third of them subjected to sexual assault.

These conditions will not end until the immigration rights movement severs all financial relationships & political commitments to the Democratic Party & organizes an independent movement to demand ‘open the damn borders’, ‘no concentration camps’.
This unaccompanied nine-year-old girl from Guatemala is in the back of a US Border Patrol vehicle waiting to be incarcerated for crossing the border into New Mexico (in June 2018). Her fate is very scary indeed.