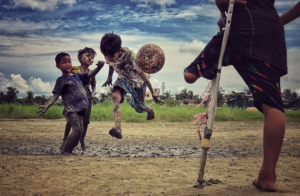 Just thinking about the impact of a worldwide boycott of Burmese products because of the Rohingya genocide (which will be launched this weekend in NYC): that would put China, Japan, the US, Canada, India, Israel, Russia, & several European countries on the hot seat because of their arm sales or massive investments in Burma’s neoliberal gold rush. If we think it out, an economic boycott as part of building solidarity with the Rohingya people would have deep reverberations on struggles against persecution all over the world. It would really show that solidarity is not noblesse-oblige or a one-way street but a political reciprocity. No one’s saving anybody. We’re building a future for all our children together.