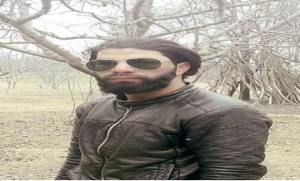 This young man named Suhail Ahmed Trambo from the Pulwama district, Kashmir, was blinded in one eye by pellet gun injuries in 2017. Now Indian occupying authorities have arrested him under the Public Safety Act which allows India to detain someone up to six months without charges or trial. It is an entirely lawless, arbitrary act. Several other young people were also arrested. Suhail has three sisters & is the sole wage earner for his family. In appealing to authorities for his release, his family said he is not a stone pelter anymore. Even if he were a stone pelter or even if he was a militant, India has no damn right to occupy Kashmir & is violating every standard of international law by using pellet munitions against protesters.