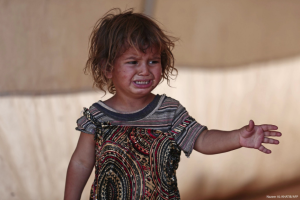 On August 24th, 2018, former US president Jimmy Carter wrote an opinion piece in the NY Times titled “In Syria an ugly peace is better than more war.” Carter plays the same kind of persona schtick as Pope Francis–a humble man of the people, when in fact they’re both savvy political operatives. More importantly, that isn’t how the people of Iran, El Salvador, the Philippines, the Palestinians or Egyptians remember Carter who presided over barbarous US interventions in those countries. Under his tenure, the US maintained close alliance with the Shah of Iran whose secret service called SAVAK excelled in violence, including the torture of small children in front of their parents. It was under Carter that the Camp David Accords were signed in September 1978 between Egyptian president Anwar Sadat & Israeli Prime Minister Menachem Begin. Those accords provided millions in US military equipment to the Egyptian military to use against the Egyptian people in exchange for selling Palestinians down the river. That is the ignominious political legacy of Jimmy Carter.

Latter day Carter has morphed into a champion of Palestinians while at the same time he actively campaigns against BDS. Again, he’s trying to play both sides of the street in a genocide. His schtick is to play the maverick, the president emeritus who grew a heart of gold. But as this opinion piece shows, his politics distinguish themselves very little from official US policy. That “ugly peace” he argues for is a call to return to the status quo of pre-Arab Spring uprising Syria where dictatorship prevailed, including with a SAVAK-like gulag. He makes no acknowledgement of the Arab Spring in Syria but identifies resistance to Assad with armed militias & al-Qaeda. He is essentially espousing US policy toward post-counterrevolution Syria. But what about accountability for the over 500,000 killed, including by being bombed to smithereens; the over 5 million refugees; the thousands disappeared, tortured, & murdered in Assad’s gulag? Are the democratic aspirations of the Syrian people of no consequence to Carter? Not one whit more than the aspirations of the Palestinian people are to Carter.

The greatest betrayal of our times are those of the Syrian Arab Spring uprising, identifying it with terrorism rather than a titanic struggle for democracy & freedom from dictatorship.