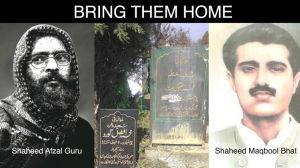 Beautiful tribute by Kashmiri rap artist MC Kash to freedom fighters Shaheed Maqbool Bhat & Shaheed Afzal Guru who were both hung by the Indian government. India refuses to return their remains to their families so they may be buried with love, honor & the respects due those who gave their lives for freedom. 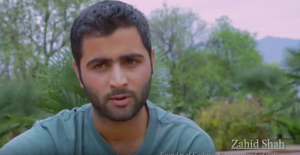 Parkour is a fascinating development among young men in Palestine, Afghanistan,  & in Kashmir. It’s a combination of athletics & politics. This wonderful video, including comments by Khurram Parvez, explains that relationship.

Zahid Shah, who I love talking with on Facebook & who has introduced me to some beautiful music, is the person who introduced Parkour in Kashmir, teaches it, & here explains how it interacts with Intifada.

(Photo is screen shot from video of Zahid Shah)

I really want to worry about war with Russia, China, & Iran like Assad supporters do cause Armageddon is of concern to me. But honestly, Syria. Afghanistan, Yemen, Iraq, Libya are more than we can handle now. And they’re actually real.

Glen Ford, the editor of Black Agenda Report (BAR), has an article berating the anti-Muslim ban protesters titled “If Americans Truly Cared About Muslims, They Would Stop Killing Them by the Millions.” He must be confused between the US government & the American people who oppose those wars. Ever since he began promoting the US regime change scenario in Syria & ranting about “jihadi terrorists,” Ford has lost all perspective. When he portrays the Syrian revolution as all head-choppers he sounds like Assad’s paid coterie of propagandists & functions in the same reactionary way politically.

For years, he was a prominent speaker at conferences of the United National Antiwar Coalition (UNAC) which is now central to the Hands Off Syria Coalition. Before he continues his hateful vituperations against Americans, he should ask himself why UNAC failed so miserably at mobilizing the 70 percent of the American people who expressed opposition to US wars in repeated polls. Did Ford use his radio show or BAR to build antiwar actions & mobilize those 70 percent?

When you cross over to the dark side of Muslim-hating in Syria you make an ass of yourself railing against American protesters, not unlike you rail against the Syrian popular revolution as all head-choppers, Where did Ford go so wrong?

Protests against Muslim ban outside the Super Bowl & outside Trump’s Mar-A-Largo estate in Florida. Immigration lawyers working the airports. Courts are finding the ban illegal. Things are looking up.