Umar Lateef Misgar has a new article on US policy toward Kashmir which is governed by its policy toward India. This is of growing importance given the new military alliance between the US & India over military build-up in the South China Sea. It also strengthens the necessity & possibilities of building solidarity with the Kashmiri struggle in the US. 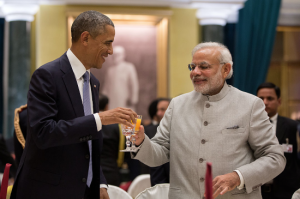 This is article I wrote in  September 2016 on the same issue:

Many may wonder what US policy is toward India’s occupation of Kashmir—not because the US has the right to police the world or because of Hillary Clinton’s nationalist & racist insistence that because of “American exceptionalism” the US has a right to intervene–but because of the US military relationships with Pakistan & India, both the recipients of billions in US military aid. Pakistan is a key US ally not just in Afghanistan but the entire region; India is central to the US military buildup in the South Asia region as a buffer against China.