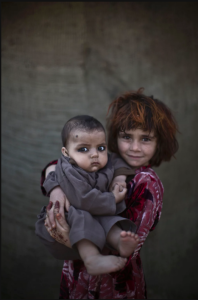 You don’t even have to know anything about the role of the US, Saudi Arabia, & Pakistan in the genesis of the Taliban to question the war in Afghanistan. If you had half a brain as a US military strategist, you would wonder why, after nearly 17 years of carpet bombing, the US-NATO coalition is not only losing (by their own estimates) to the Taliban but are now facing ISIS too.

You also don’t have to know anything about why the US is really in Afghanistan since the reasons morph as the war goes on–from hunting down Osama bin Laden dragging his dialysis equipment around the caves of Afghanistan to liberating Afghan women from Islam & a savage culture to now fighting the Taliban & ISIS who are taking over the country. All you really have to know is that the US has absolutely no right to be there, despite the profits the CIA is making from the opium trade, & that our historic mission is to rebuild a principled antiwar movement to demand the immediate, unconditional withdrawal of all US & foreign forces from Afghanistan. May the Afghans find some measure of justice by defeating US military might.