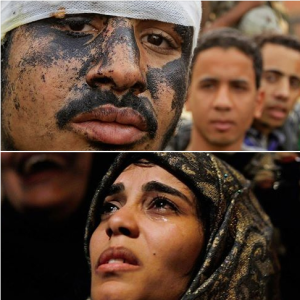 It’s the anniversary of the Arab Spring uprisings which all began about this time in 2011. Cynics like to think they’ve written the last words on them, often in sneering or jubilant requiems. But if you want to understand such tectonic social upheavals, you don’t look to cynics. They don’t know squat about such things. You look to the working people who put their lives on the line to end dictatorship & make this world a better place to live.

If you want to understand why hating on Muslims is such a feature of war-mongering & right-wing politics, look at the places where the most enduring & momentous struggles against tyranny & colonialism are: Palestine, Kashmir. the countries of the Arab Spring, including Tunisia, Egypt, Yemen, Bahrain, Syria, & elsewhere too. They certainly aren’t all Muslim populations, but probably are in their majority.

We should take a moment to pay tribute to the millions of revolutionists, so maligned in propaganda, who fight so intransigently against insuperable odds & to the thousands who lost their lives. They show the best humanity is made of & are the vanguard of social transformation.

Those who look at the Arab Spring with scorn have missed some of the most remarkable & titanic events in human history. The Arab revolutions have not ended & those of us who want to create a suitable world for human beings to live & love in are wise to look to them to understand the complexities & problems faced in the struggle for social transformation.

(Photos are participants in the Egyptian Revolution)