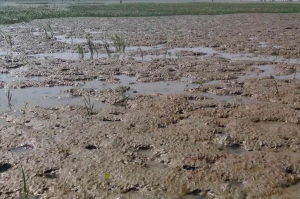 A team of Bangladeshi government surveyors selected Thengar Char as a place to relocate thousands of Rohingya refugees if they are not deported back to Burma. There was no consideration given to permanent housing nor apparently to temporary housing which would be washed away every high tide, along with many refugees.

Prime minister Sheikh Hasina just told the Swedish ambassador to Bangladesh that this deranged deportation plan is still in the works. Stand with Rohingya refugees & demand no forced deportation & for asylum in any country they choose with visas & full refugee rights to work, education, healthcare.